Jim Thompson, a retired engineer, and his wife Janet Thompson, a retired nurse, are currently considering funding a term-of-years charitable remainder unitrust (CRUT) to benefit their favorite charity. Their favorite charity is raising money for the construction of a new building which would house a state-of-the-art theatre and museum. The Thompsons are active investors and have amassed quite a portfolio over the past few years. In particular, they have investments in a medical services company that has quadrupled in value. They would like to use $800,000 of stock with a cost basis of $200,000 to fund a five-year CRUT with a 15% quarterly payout. However, they believe this company is a great investment with acceptable risk and prefer that the trustee of the CRUT not sell this stock. Furthermore, the Thompsons would like their CRUT payouts to be the actual stock – an in-kind distribution – as opposed to cash payouts. Thinking creatively, the Thompsons then wonder if such a distribution would avoid capital gain taxation since technically the stock has never been sold.

Can the Thompsons accomplish their goal of a tax-free ‘in-kind’ distribution of their technology stock? What are the tax consequences to the CRUT and the Thompsons of such a transaction?

Under this plan, the Thompsons receive a partly tax-free distribution. However, when taking into account their income tax deduction of $370,000, over $500,000 of income over the five-year term, and a projected gift to their favorite charity in excess of $450,000, the Thompsons are very pleased with this arrangement. Because of their wonderful generosity the Thompsons have the gratification of knowing they helped build a theatre and museum that will last a lifetime. 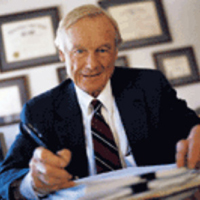